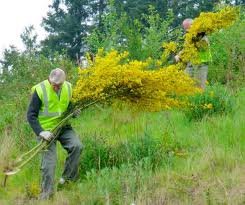 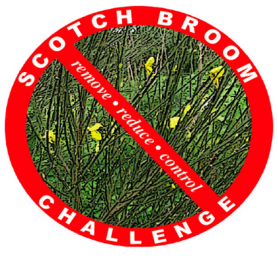 Local groups and agencies are teaming up to encourage local landowners, businesses, organizations, agencies, and basically anyone who is affected by the invasion of Scotch broom, to start physically removing the plant.  We hope to help educate and get people motivated in the region to combat this invasive weed. The Fire Safe Council of Nevada County has several weed wrenches to loan out for individual use, or team use, to help you remove this invasive species:

What’s the fuss about?

Scotch broom (Cytisus scoparius) is a highly aggressive, non-native, invasive weed species.  It was introduced to the United States as an ornamental and as packing material for cases of whiskey and beer from the British Isles, central and southern Europe.  It is now considered a pest plant by many eastern and western states.

Why is this plant considered a pest?